The city of Rourkela is a well known industrial township of Odisha. It is also the third largest city of the state and is located on the north-western part of the state at a distance of around 344 km from the state capital. The city is known for housing the largest steel plant, SAIL (Steel Authority of India). Rourkela serves as a hub for the iron ore extraction in the city, and its nearby areas. 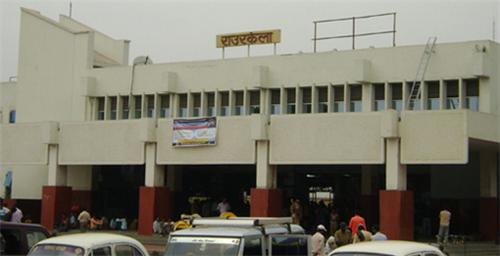 Known for being home to one of the major steel plant, SAIL the city also has several small and medium scale industries which contribute to economy of the state to a great extent.

Rourkela is one of the oldest cities of Odisha that has a vast culture and natural heritage. In the year 1931 Rourkela was declared as the urban town with a population of less than 5000 which grew manifolds by 1955 when the Steel plant was founded and established. In the year 1952 one of the well established German Organization took the initiative to establish the steel factory in the city of Rourkela, which was accepted by the Government of Odisha. And as a result the more than 14000 residents and 2500 families lost their habitat and migrated to other places.

Located at an altitude of 219 meters above sea level the city of Rourkela is situated at 22°14'57?North latitude and 84°52'58East longitude. The city is spread on a vast area of more than 209 sq kms and is one of the largest cities in the Sundargarh district. The soil here is red soil and at various places it is Laterite and is very rich in minerals. Nearby localities of Rourkela is said to be highly rich in iron ore and this is why the steel plant was established here. The requirement of water in the city is fulfilled by the river Brahmani. The climate of Rourkela remains humid most of the months and the maximum temperature reaches up to 45°C and the month of May is said to be the hottest month of the year. December is coldest month in Rourkela when temperature reaches below 12°C.

There are several historic places to visit in Rourkela. Most of the famous tourist spots include temples and the natural wonders. Some of the most famous temples in the city are the Vedvayas, Hanuman Vatika, Rani Sati Temple, Maa Tarini Temple, Vaishnu Devi Temple, Maa Tarini Temple, Ahiraband, Dasaraja garh, Maa Bhagwati, Jangha Bada Dev, Balaji Temple, Akhandalamani Temple and Gayatri temple. Along with the temples there are also some of the famous natural wonders in Rourkela such as Indira Gandhi Park, SOS Children’s Village SOS Children’s Village, Khandadhar Waterfall, and many more.

The major part of the economy of Rourkela is dependent on the RSP (Rourkela Steel Plant) as it provides the maximum opportunities of employment here. Besides that, the forest products also contribute majorly in the economy of the city. Most of these forest products are exported to several parts of the country and this contributes towards the revenue earning of the state as well.

Steel Authority of India (SAIL) also known as the Rourkela Steel Plant (RSP) is one of the major steel plants of the country located in the city of Rourkela. The steel plant was established with collaboration of the Government of Odisha and German firms like Krupp, Voestalpine, Mannesmann, Demag, and Siemens. The installed capacity of the steel plant is believed to be more than that of 1 million tons during its preliminary stages which was then enhanced to almost 2 million tons gradually. The Rourkela Steel Plant (RSP) is also said to be the first Steel Plant of its kind which utilizes the less energy and is operated by the energy efficient process known as LD process in making the steel. It is also one of the most cost efficient plants of SAIL and is very quality oriented as 100% pure steel is manufactured here.

Rourkela has a rich culture that is characterized by traditional means of living and celebrating life. The festival of Ratha Yatra of Lord Jagannath is celebrated with lots of enthusiasm. Other festivals include the festivals of Rama Ravami and Nama Sankirtana which is celebrated with a lot of passion and it is one of the most amazing festivals of Odisha which last for months. There is a record of celebrating this festival for 156 days continuously.

The majority of the population residing in Rourkela is Odiya community people and the tribal ones. The famous cuisines being served in almost every houses of Rourkela are Pakhala Bhaat, Chingudei Bhaja, Aalu Potala Bhaja and Amisa. Other than these the Rasagullas, Chena Poda, Kakera, Kheeri are some of the most relished sweet dishes here. There are several food stalls and restaurants in Rourkela which serve some of the traditional food items of the state.