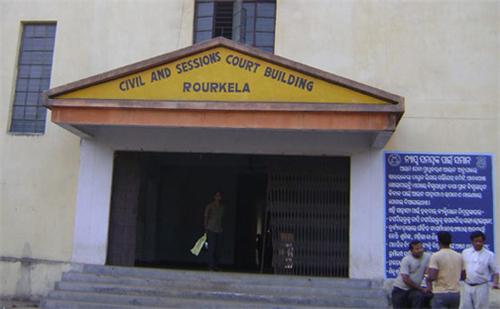 Some fraction of the southern part of the city comes under the administration of Jalda Panchayat.

The city of Rourkela in Odisha was declared as the notified Council on 1955 and the entire town was subdivided into two separate townships namely:
In 1995, the Rourkela Steel Township was declared as industrial township which came under the administration of Rourkela Municipality.

The prime function of the Rourkela Municipal Corporation is to ensure the right administration in the city that includes cleanliness and maintenance of the town, adequate lighting up of streets, widening of the roads, maintaining the levels of greenery in the town by time to time plantation of trees and beautification of the town.

At present, there are seven constituencies in Sundergarh district namely, Talsara, Sundargarh, Biramitrapur, Raghunathpalli, Rourkela, Rajgangpur and Bonai. Except Rourkela all come under the scheduled tribe category.

The Rourkela Development Authority was constituted in 1995.

The Rourkela Development Authority Management Board:

Apart from this, Rourkela also has one family court. In 2007, all the courts were shifted to one big building near the ring-road main junction in Rourkela city.

There are more than 900 members in the Bar Association of Rourkela. These members and lawyers have been practicing here since 1952.

The city of Rourkela is divided in total 30 wards, for a complete list of all the Rourkela City Councillors, click here.