Rourkela is one of the major cities of Odisha and the district headquarters of Sundargarh district. The city is situated between 84°00' East Longitude and 22°25' North Latitude and at an elevation of 219 m above sea level. The city of Rourkela is located on an expansion of 200 km sq and is right at the heart of the mineral belt in the state. 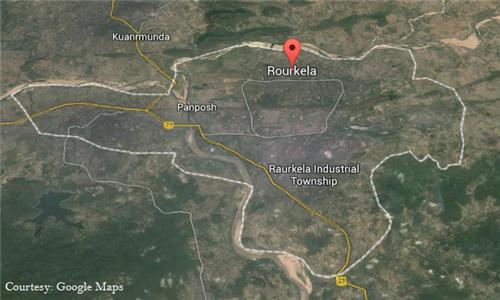 According to the census 2014, the city of Rourkela has a population of around 7, 00,000 to which the male contributes to around 54 % and the females are 46%. The average literacy rate of Rourkela is 75% which is much higher than that of the national literacy rate, which is of 59 %. The male literacy rate in Rourkela is calculated as 81%, and the female literacy rate here is 69%. There are around 12% of the total inhabitants whose age is below 6 years. The density of population is about 6,694 per sq km and the sex ratio between males and females is 835 females per 1000 males. Rourkela has the highest per capita income than any other city of Odisha.

There are the some of the very vital rivers that fulfill the water requirements of people in Rourkela as well as nearby villages and sub urban areas. The river Sankha, Koel and underground Saraswati merge together and form the River Brahmani.

The soil of entire Sundargarh district is rich in a variety of minerals, especially in iron. The Steel Authority of India (SAIL) – Rourkela Steel Plant is one of the biggest projects running in the country, is based upon the natural resources available in Rourkela. This has resulted in the establishment of the entire township and has also boosted the economy of the entire state.

Rourkela witnesses tropical climate most of the year and also faces heavy rainfall during the monsoon season. From March to mid-June, Rourkela experiences summer season with temperature reaching to the maximum of 47 degrees Celsius. It is followed by the monsoon season in mid June till August end. The average annual precipitation in Rourkela is recorded to be 170-200 cm. The winter months in Rourkela are November to February, with temperature as lower as 9.8 degrees Celsius. Around 39% of the entire area of Rourkela is still covered with stifling dry deciduous forests and semi-evergreen forests.

Geographical Facts and Figures about Rourkela

Given below is factual information about Geography of Rourkela: