After India's independence from the British rule, the government realized a prime requirement which was industrialization of the country that could support economy of the nation. After lot of research, Rourkela was selected as the city for setting up of industries. That's how Rourkela became one of the most important industrial towns of the country. Rourkela is better known as Rourkela Steel Plant. 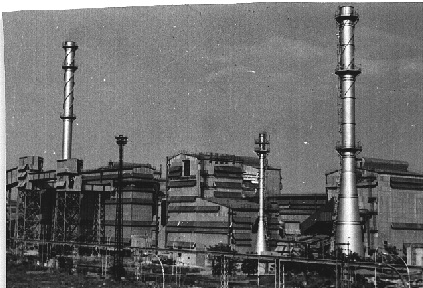 Rourkela is one of the major cities of Odisha. Previously covered with dense forests, the city of Rourkela now has the township and has developed periphery being established in the town area.

The present day industrial capital of Odisha, Rourkela was initially a part of the Nagara Sub-divisions of Odisha which used to be a part of Ex-princely province of Gangapur at the time of British kingdom. The headquarters of sub division of Nagara was constituted in the year 1945 by King Uditya Prataapa Shakher Deo at the Panposh. The historical Vedavyas which is situated on the banks of river Brahmani is also one of the famous religious places. It is also believed that the holy Mahabharata was written at this place by Mahaa Rishi Vyash and hence the name of the river is also on his name. In late 19th century there used to be a huge festival which was being celebrated here on the occasion of Maha Shivratri by then kings and Jamindaar of Kuanramunda which is still being celebrated here.

The entire city of Rourkela is divided into two of the major divisions namely, the Rourkela Township and Fertilizer Township. As per the past incidents that took place and have led to the development of these two sub divisions, it was once covered with dense forests and after the survey, Rourkela was found out to be one of the richest belt of minerals being hidden under its crust. The first railway station in Rourkela was constructed under the village division of Mahulpalu after the first establishment of India’s first ever public sector controlled and managed steel plant facility with the help of German enterprises and the Government of Odisha.

In 1918: The first ever Railway lines were established and the train services started in Odisha. BNR Company (Bengal Nagpur Railway Company) started the railway services between Nagpur and Howrah, which covered the city of Rourkela as well. This was the first movement that took place in the city of Rourkela and the city came into limelight and got recognition nationally. In that time a few of the road side restaurants and tea stall used to be there near the Rourkela Railway station. Later on the a train line was constructed which connected the city of Rourkela and Birmitrapur and then Rourkela attained a status of junction.

In 1948: The division of Rourkela took place in this year and the entire district of present Sundargarh was carved out of the city. This was one of the major incidents which changed the map of Odisha.

In 1952: The German companies, Demag and Krups initiated the establishment process of construction of Rourkela steel plant. This is said to be the milestone event in not only the history of Rourkela but of entire Odisha as this got the city of Rourkela a new identity. This was the collaborated movement by the Government of Odisha and the German companies. Later on the Steel plant was centralized and was covered by the Steel Authority of India (SAIL).

In 1959: In this year, the first ever blast furnace was inaugurated at the Rourkela Steel plant by then President of India, Shree Rajendra Prasad. The event took place on the 3rd of February and with this the Steel plant got its production process started officially and the plant started the core functioning.

In 1961: The second ever engineering college of Odisha started at Rourkela which was named as REC (Regional Engineering College). Later on the name was changed to NIT (National Institute of Technology).